Personal loans to help you get back to life.

We’re new to Texas, but that doesn’t mean we’re new to helping people get the cash they need. We know unexpected expenses happen and 1st Franklin is ready to help with a smile. When you find yourself in need of financial help we offer personal loans with flexible terms to fit any budget so you can get back to what really matters – living your life. Getting you the funds you need is what we do, and we’ve been doing it for 80 years.  No runaround, no surprises. 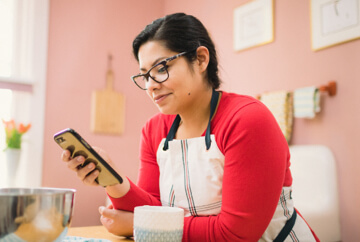 Apply for a loan

You can start your application online, over the phone or at your local 1st Franklin Financial branch. If you apply online, we will contact you within 2 business days. Online applications submitted during non-business hours will be reviewed the next business day.Start an Application 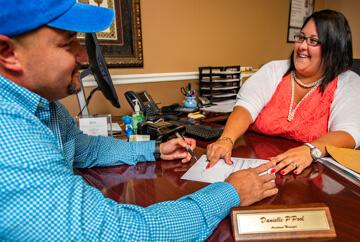 Visit a branch to discuss your loan and options

After your initial approval, you’ll meet with a 1st Franklin Financial representative to discuss rates and terms, and complete your application. You’ll need to provide a few documents to secure your loan. We have put together a checklist to help you prepare.  See Checklist After you review and accept your loan terms, you’ll sign your loan documents and get your money. You could have the money you need as soon as the next day. In some cases, in only a few hours!**

Customers have a lot to say about being in the 1st Franklin family. 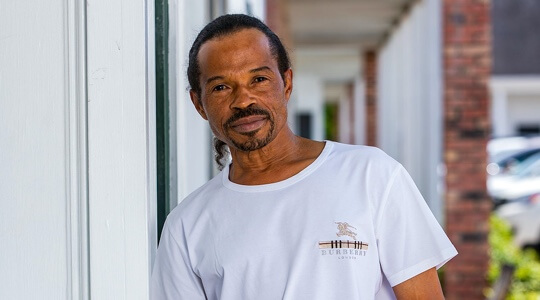 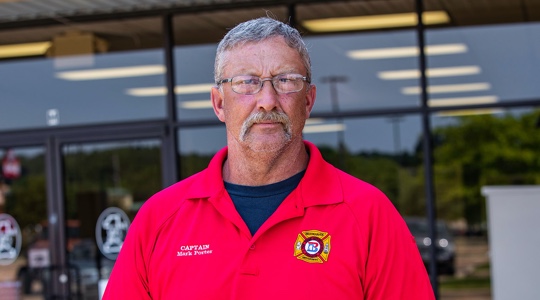 
In 1941, our founder Ben F. Cheek, Jr., made his first $34 loan. Since then, we’ve worked with generations of families to provide them with the funds they need when they need them the most. A lot has changed, but our commitment to our customers remains the same.

Entering the consumer finance industry as Franklin Discount Company, only a few loans were made those early months with operating capital coming from relatives, friends and local banks. The business incorporated in 1946 and moved into its own building in 1947. The Company expanded its services into insurance, particularly Credit Automobile insurance, in 1948.

In 1950, the Company expanded its services by selling investment securities to the public to finance its loan operation.

Beginning with its first sale of a $12 certificate, business grew to 200 local investors with purchases of $203,000 by 1955. 1ˢᵗ Franklin relocated in 1951 and remained as a one-office operation until 1955, when it began opening additional loan offices in Toccoa, Clarkesville, and Lavonia, Georgia. In 1956, Credit Life and Accident & Health insurance were added to the Company’s insurance offerings.

With the number of investment customers increasing, the Company constructed a new Corporate Headquarters and Investment Center in 1966. Investment securities continued to grow, and by 1969 over $5,000,000 had been invested. But investment sales weren’t the only thing growing. By the end of the decade, loan services were operating out of 15 offices in the State of Georgia.

In 1972, Founder Ben F. Cheek, Jr. resigned as President of the Company turning over the reins to son, Ben F. Cheek, III. Ben Cheek, Jr. maintained an active role as Chairman of the Board until his death in 1988. In order to reinsure credit insurance written by the Company, the decision was made to form its own insurance company. This resulted in the formation of Frandisco Life Insurance Company. By the end of the 70’s, loans were being served out of 49 branches in Georgia, and investment sales had reached $14.8 million through 2,500 investment customers.

In 1983, the name “Franklin Discount Company” was replaced with “1ˢᵗ Franklin Financial Corporation.”

In 1984, construction was completed on a major expansion of the Corporate Headquarters and Investment Center facilities and remains the home office today. In 1987, loan operations expanded into neighboring South Carolina with the opening of the Clemson office. In September of 1988, Founder Ben F. Cheek, Jr. passed away, but his unfailing efforts to see each employee take pride in being fair, honest, and friendly to our customers continues today. 1ˢᵗ Franklin employees are still known as the “Friendly Franklin Folks.”

The number of branch offices had grown to 77 in Georgia and South Carolina. The 90’s were a decade of phenomenal growth for 1ˢᵗ Franklin Financial. Loan services in 1992 moved into Alabama, and in 1996 into Louisiana and Mississippi. By the end of the decade, the Company had 178 branch locations and 682 employees.

The Company began the turn of the century looking forward to a new century of opportunity.

Investment customers had grown to over 6,100 with purchases of almost $150 million. Steady growth was seen over the next few years. In 2008, loan services moved into Tennessee with the opening of seven offices. By the end of the decade, the company opened 57 new offices, and employees now numbered over 1,000 across the Southeast.

In 2016, 1ˢᵗ Franklin celebrated its 75th anniversary. Today, the company continues its success. It has more than 310 branch offices located in six states and over 1,550 employees. 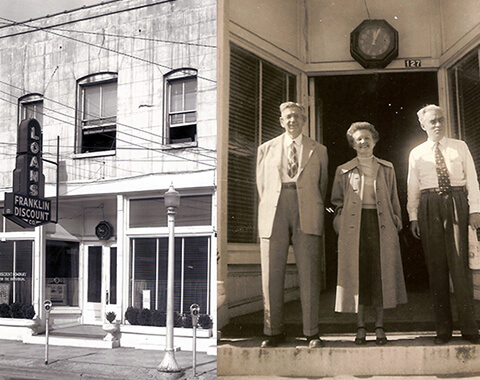 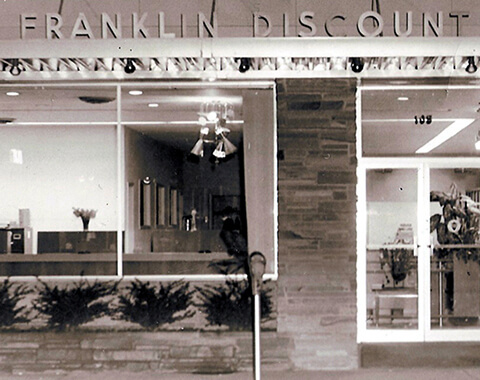 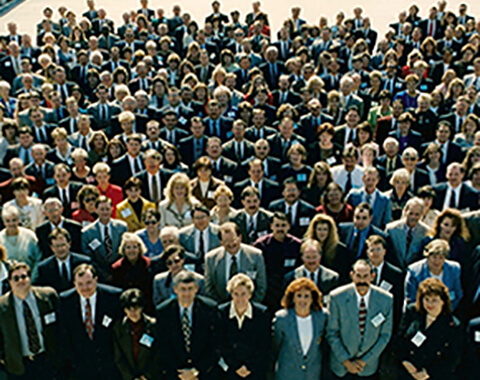